This session was in the Performing Arts Centre which I had to dash to as my session with Jaclyn ended at 10 am and this started at 10.15am. This is a day of running from one place to the next, which makes the whole experience immersive. I love soaking up the vibes of this beautiful school and seeing the kids’ faces as I walk past and they either go from class to class. 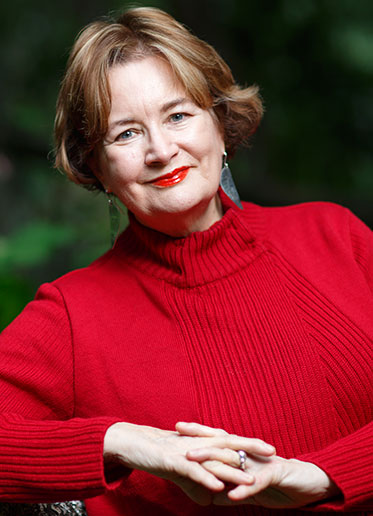 Jackie French AM is an award-winning writer, wombat negotiator and was the Australian Children’s Laureate for 2014-2015 and the 2015 Senior Australian of the Year. In 2016 Jackie became a Member of the Order of Australia for her contribution to children’s literature and her advocacy for youth literacy. She is regarded as one of Australia’s most popular children’s authors and writes across all genres – from picture books, history, fantasy, ecology and sci-fi to her much loved historical fiction. ‘Share a Story’ was the primary philosophy behind Jackie’s 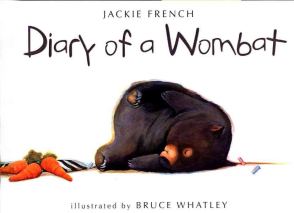 I arrived at the venue with only a hand full of people in the first couple of rows. I quickly joined them as Jackie was already on stage with two students waiting to do the formal introduction.

Jackie asked, ‘Does anyone have any questions while we’re waiting for the students to arrive?’ Who would say no to that offer? So she began –

‘Pennies for Hitler’ is a book she wrote because many people she knew in her early life had survived being interned during the Second World War. This experience as a three-year-old left her wanting to write about it. It screamed at her, this is not as simple as goodies and baddies, there were many grey areas. Every solution is going to cause pain for someone. Whenever you think something is simple, you’ve probably oversimplified.

Then she was introduced by the students:- Jackie is an Australian Author, Historian. She loves wombats, has dyslexia and writes Historical fiction.

She began by asking the students who thought books were boring. Then she made a bet with everyone in the audience that every child there who thought this will want to read when they are engaged. She said that publishers spend a lot of money on the covers to get the attention of young readers. Then she suggested that if you want a magic potion, to make you better at school, (up to 15 IQ points better), you can by reading. That readers younger than 24 with every book they read, can increase their IQ and therefore makes you more intelligent.

Understand – What if? She had dismissed zombie stories for years, but, she’d been enticed to read them and she discovered Zombies are human but not quite human – thinking about this stretches your brain. 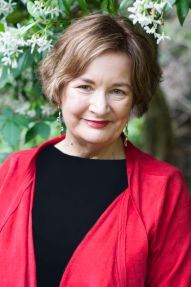 Read it because you enjoy it. At school – sometimes they have to read – rather than want to read. Be honest about a book.  Imagery makes the book better, only the image is too weak will the book fail.

Jackie explained she writes about things that move her; about courage, compassion, and innovation. We are all descended from the hero’s going back through history, man has always been heroic.

She is never bored. She wants to write books kids can read in one sitting.

Be very wary of people who make you angry, hatred is contagious – Hitler is a good example of this.

She then read excerpts from her Hitler Books.

She then implored the audience, especially the students to stand up and say ‘This is wrong!’ against the slappers. We owe the soldiers who sacrificed so much for us that. 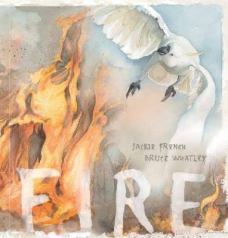 There are different kinds of wars. She experienced a battle facing bushfires. Where she along with a few friends, only five people, battled a blaze for two days and two nights, till they put it out. She met a blind girl who helped because she could feel the air on her skin, she was able to save the horses, although the sighted people couldn’t see through the black ash in the air, the blind girl could tell the direction the fire was coming from.  She wrote a book from experience fighting fires, based on real things. When people are facing their hardest struggles, people do wonderful things.

Another character that Jackie researched to write about was Miss Gilly. She was not a

lonely lady but was never recognised, as WWI ambulance and hospitals were manned by women who never were acknowledged by the war. This woman was a cross between James Bond and Downtown Abbey.

The session ended all too quickly and I fervently believe that any of the students taking up the Jackie French challenge will grow in intelligence and enjoyment of life.

I am an author of SciFi Books 'Dual Visions' and it's follow up 'Vashla's world' now retitled Book 1 and Book 2 of the Ancient Alien Series, as I've written the third in the series currently titled Travellers. I also write book reviews, articles and short stories. As a member of The Ten Penners, I've written six short stories in a collaborative our anthology for children called Fan-tas-tic-al Tales (released 2009), and nine stories including a novella in Mystery, Mayhem & Magic (released 2017). They are both available in hard copy and on Amazon as ebooks. I also contributed to 'Spooktacular Stories' a Share Your Story anthology launched in October 2019, and have another story accepted in the 2020 ‘Tell em your dreaming’ anthology to be released late 2020. I blog to showcase my work. My book reviews appear in PIO (Pass It On) and e-Writeabout. I'm a happy Grandmother to two beautiful girls, wife of the ever tolerant Clive, mother of our son Simon and mum in law to Cassie. I lead a busy life.
View all posts by jillsmith →
This entry was posted in Recommended, somerset celebration of literature and tagged books, fire, goodbye mr hitler, history, hitlers daughter, inspiration, jackie french, journal, literature, pennies for hitler, research, somerset celebration of literature, Somerset College, wombats, writing, Writing for Children, writing tips. Bookmark the permalink.