Day 21 and I’m going cross-eyed doing my compare edit so I took time out to do another book review. If you add this in I’ll call it half an hour as taking my total to 44,050 words. I’ll be back to editing after a good nights sleep. 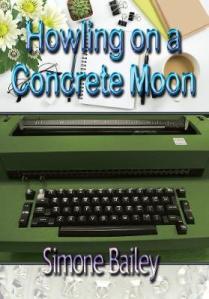 Title: Howling on a Concrete Moon

Tess is a clever girl who loves English and writing. She’s shy around boys and her little sister, Julianne, is athletic and outgoing. This story is set in 1982 when she’s seventeen. As a twelve-year-old, the town hierarchy imposed a ridiculous curfew on teenagers in the town. Tess produced a pamphlet that became a rallying of the youngsters in town to protest. The ‘Resistance’ wasn’t flash but, it was her creation.

The town smart alec, Sebastian Keddie, was her pen pal for several years while he was 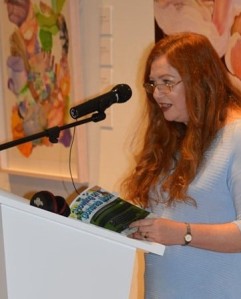 away at boarding school. She liked that he was smart, and they could have a conversation, but she didn’t like him. When he became even more unpopular in town, the local cleric asked her to visit him in hospital. This could spell the end of her friendship with her best friend, Megan, whose older brother Greg, is good looking. She can’t fall for her best friend’s brother though, can she? Her other friends Tony Wilson and Barry Rizzo don’t mind so much her visiting Sebastian, even though he’s hated by almost everyone else in town.

Tess has a secret that she hasn’t told anyone about. The only way she’s been able to manage to live with the nightmare is to write it down. She begins her memoir, bans her dad from his office and his ball-type electric typewriter, and starts to figure out her own feelings. Sebastian twigs that she has a problem, he doesn’t know what it is, but he makes Tess talk to Megan about it.

Tess wants to protect Julianne. She blames herself for letting things get so bad. Why didn’t she speak up? How could this situation have gone on for so long? Why didn’t her parents realise what was happening? Why was it her sister, and not her, that suffered the indignity?

This is a cleverly constructed coming of age story, with scenes of awkward teenage embarrassing moments that everyone can relate to. It will make you laugh, cringe, and cry as you share Tess’s emotional journey.

For the young adult readers in your life, get a copy of this book and put it under the Christmas tree. It’s a great read.

I am an author of SciFi Books 'Dual Visions' and it's follow up 'Vashla's world' now retitled Book 1 and Book 2 of the Ancient Alien Series, as I've written the third in the series currently titled Travellers. I also write book reviews, articles and short stories. As a member of The Ten Penners, I've written six short stories in a collaborative our anthology for children called Fan-tas-tic-al Tales (released 2009), and nine stories including a novella in Mystery, Mayhem & Magic (released 2017). They are both available in hard copy and on Amazon as ebooks. I also contributed to 'Spooktacular Stories' a Share Your Story anthology launched in October 2019. I blog to showcase my work. My book reviews appear in PIO (Pass It On) and e-Writeabout. I'm a happy Grandmother to two beautiful girls, wife of the ever tolerant Clive, mother of our son Simon and mum in law to Cassie. I lead a busy life.
View all posts by jillsmith →
This entry was posted in Recommended and tagged australian author, book review, creative writing, Howling on a Concrete Moon, Simone Bailey. Bookmark the permalink.